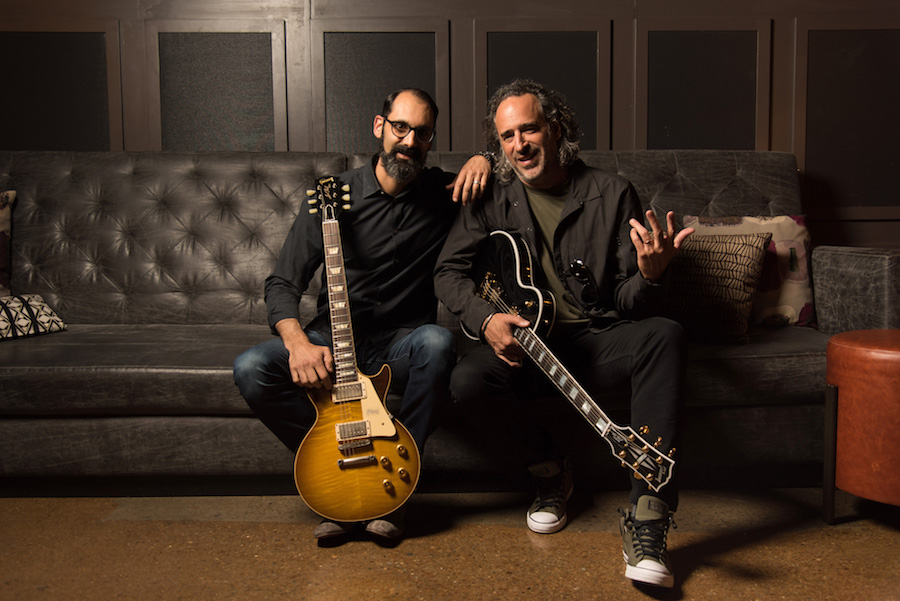 In a normal year for MI, January is dominated by one thing — The NAMM Show, in person. The entire industry flows into Anaheim, California, meaning thousands of brands both large and small, all its attendant staff and hoards of musicians trying out instruments and equipment, adding up to one of the buzziest and surely loudest trade shows anywhere.

Of course, and it doesn’t even need to be said, The NAMM Show as it had existed for decades simply wasn’t possible this year. In its place, NAMM accomplished something remarkable, Believe in Music Week. Hosted on virtual event platform Swapcard, Believe in Music Week brought the experience of The NAMM Show into people’s homes and offices — and often the two are one and same these days — and brought more along with that. The association took every advantage of how a virtual event made more possible.

Yamaha Corp. of America President Tom Sumner, who pegs Believe in Music Week’s overall attendance at 94,000, pointed out why this was a particularly impressive number. “Looking at other virtual shows that we have seen, if they got 25 percent of their physical show attendance, that was a normal thing,” Sumner said. “I think 94,000 equates to about 80 percent of what the last NAMM Show was, which was about 115,000.” Indeed, the 2020 Winter NAMM Show attracted 116,000 attendees, and 94,000 of that is 81 percent.

All in all, this was an impressive showing in a difficult situation, in fact for the most part pretty much uncharted waters for the association. “Nothing in the long history of NAMM was a precedent for what they had to face this year,” said ESP Guitars’ Jeff Klopmeyer. “It was very much outside of their standard core competencies, which, let’s face it, involve getting a whole lot of people into one

city and one location at one time. And it’s something that they’ve been very, very good at over the course of

Exhibitors, even the biggest in the game, faced challenges here as well, particularly when it came to setting expectations. “We had a hard time coming up with what does success look like going into the week,” Sumner said. “So it wasn’t like we had a hard number, hard KPIs to go against other than we did set a budget for sales for the week.”

According the Sumner, the presence of over 33,000 international attendees was evident. “We saw a ton of people from other countries; people from India and from Nigeria and all sorts of places,” he said. “I don’t remember seeing anyone from Nigeria at the show in the past.”

Gibson CEO James “JC” Curleigh credited NAMM with getting so far ahead of the situation in developing Believe in Music Week. “They were very, very proactive in their decision not to hold a physical NAMM four months ago,” he said. “So what it did was it allowed all of us to prepare the right sort of digital content and the right programming. It’s a challenging time and Joe [Lamond, NAMM president and CEO] was very clear to manage expectations, [saying] ‘Hey, this might not be perfect, but we’re going to make a lot of progress on this.’” And I think it was a great platform for everyone, for the music industry but also [for] fans of music, you could connect and get a glimpse of the future.”

That’s also how Jeff Slingluff, strategic product management for Boss Guitar Amps and Roland America, described the virtual nature of Believe in Music Week — the future. “Obviously this year was forced due to COVID, but there’s an element to it that is very useful,” he said. “The ability to disseminate information was in some ways better because dealers could go straight to the websites for the virtual booths of each of the manufacturers. Nobody had to carry bags of information around with them. Nobody was waiting to go home to look it up on the internet.”

These virtual booths did take hard work and dedication from exhibitors. “In some cases our team even said it was probably as much or more work doing it virtually than it was actually putting up a booth,” said Brian Vance, vice president, fretted strings and accessories, at D’Addario. “We all are dedicating ourselves to making this work for the better. It’s a critical part of how we talk about products to the industry.”

Vance did address the elephant in the room here — what was missing: The human connection. “We miss our friends,” he said. “We miss the camaraderie, and we miss the ability to have a drink together or sit in the hallway and talk to each other and catch up on things. That part of it is, it’s not irreplaceable, but the virtual thing only gets you so far.”

This is a sentiment very much shared at Kyser. Asked if virtual trade shows are a stop-gap to get us through this situation or a trend that’s here to stay, Kyser President Meredith McClung was quick to say, “I hope it’s not.” She even shoots down the idea of a hybrid model, where trade shows simultaneously happen in person and online. “That’s just everybody’s new, trendy word to use,” she said. “Everybody’s using it. We’ve even used it, unfortunately. And I think that’s just to make people feel better about the future that nobody really knows about.”

Kyser CEO Scott Attebery expounded on the problem with a virtual event. “Especially with something so personal, musical instruments, [those are] something that people want to hold in their hands,” he said. “They want to be able to see the latest thing and try it out and see somebody demo it. It’s hard to do it the same way virtually.”

Still, Gibson’s Curleigh pointed out a big example of what one could call a hybrid model working in other industries. “I’ve been to a Super Bowl and there are 80,000 people in the stadium and 80 million people watching it,” he said. “How do you get the balance of the live interaction and engagement [and] at the same time get the benefit of all of that to more people, quite frankly, around the world. So I think it’s a complement.”

Gibson Chief Merchant Officer Cesar Gueikian also pointed out that a virtual event gets smaller players involved in the show. “It’s good to see that the industry now virtually can level-set and many of the other brands that don’t have that capability and ability to put on a big presence and a big stage can basically show up there and can do it virtually,” he said. “I think that’s great for the industry.” MI