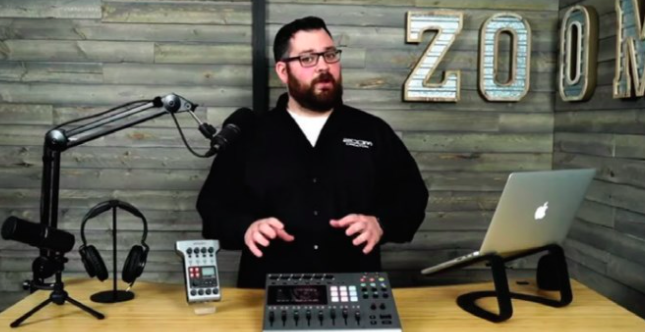 The theme in audio and recording during Believe in Music Week was smaller, easier and more powerful — all with a work-from-home, or wherever, COVID undertone.

Suppliers introduced or highlighted an array of hardware and software products that are well suited for home studio dynamics, or looking ahead to a time when live events cautiously begin to reopen.

“This thing is truly amazing,” said Greg “Stryke” Chin, audio evangelist for Avid in a livestream event during the show. “We’ve built in everything you need to record your best sounding work.”

Priced beginning at $3,999, Pro Tools | Carbon was launched back in November, but is just getting its public debut at Believe in Music Week.

Plug-in Frenzy
In other Avid news, the company announced that it would be offering three new AAX plug-ins at the Avid web store from the Eurorack sound developer Noise Engineering. Known for its “otherworldly sounds,” this is Noise’s first foray into plug-ins with Cursus Vereor, a wavetable synth, Basililus Iteritas, a drum synth, and Desmodus, a tail-generator reverb. All three will be offered as AAX Pro Tools plug-ins exclusive to Avid for a limited time.

“A lot of it was just talking to customers and wanting to meet customers where they are,” said Kris Kaiser, co-founder of Noise Engineering, during a livestream event. “We’ve talked to so many people who have a hard time traveling with Eurorack or just really want the immediacy of being able to work within a DAW and still have the Noise Engineering sound. We worked a long time to really get the Noise Engineering sound and being able to make that portable and recallable and workable in a DAW was a really important thing to a lot of our customers.”

The theme of plug-ins loomed large in the pro-audio area of Believe in Music Week. IK Multimedia enlisted Marella Araica, a recording and mixing engineer who has worked with Madonna, Pink, Duran Duran, Britney Spears and more, to deliver a demonstration of MixBox, a 500-series plug-in with 70 mixing processors and creative effects.

“MixBox is a multi-effects processor, lunchbox-style plug-in that basically you can do everything with your vocals and instruments all in one,” Araica said. “I mean, literally, you have the capability of assigning everything from amp simulations, channel strips, delays, distortion, dynamics, EQs, filter, modulation, reverb and saturation. There are about 70 effects that are in this plug-in and literally everything is at your fingertips inside each box.”

Ilio, a distributor and producer of plug-ins, took the opportunity to highlight SKUport, the company’s platform for retailers that allows them to easily sell software products on their websites without carrying inventory.

“We certainly reflect that trend of people working from home,” said Mark Hiskey, president of Ilio. “Our sales this year were very strong being software vendors. I think people [are] bringing that miniaturized studio into their second bedroom or even into their master bedrooms, and making music with the software that we have.”

Hiskey said SKUport is a logical extension of the company’s role as a distributor.

“There’s no reason, even though it’s a digital product, that a reseller shouldn’t be able to sell it,” Hiskey said. “We discovered in talking with resellers that a lot of them still have never even considered selling software. Any musician who’s out there should be aware of all these plug-ins that are available. It’s a big market, and resellers should be able to tap into that.”

Hiskey agreed that plug-ins are to home recording what pedals are to guitarists.

“If they’re selling music tech, they should be selling software,” he noted.

Honey, I Shrunk the Mixing Board
In the mixing board market, manufacturers were definitely looking to deliver tools that took up less tabletop or sound room space.

On the tabletop market, Korg’s SoundLink MW-2408 and MW-1608 hybrid mixers were developed in conjunction with legendary mixing designers Greg Mackie and Peter Watts. Billed as “mini-consoles,” SoundLink mixers offer the best of both digital and analog mixers.

There will be a day when the world gets back to live sound in large settings, and several manufacturers are preparing for it with new products. One was Yamaha with the Rivage PM5 and PM3 digital mixing consoles.

As the latest additions to a line that also includes the PM7 and PM10, the two new consoles offer a variety of advantages for large, live events.

“I did a lot of orchestra shows with Amy Grant and Michael W. Smith and shows with a 64-piece orchestra, 110 inputs,” said mixing engineer Russ Long in a pre-recorded video. “And I’ve been thrilled with the way Rivage sounds at large channel-count shows, and how easy it is to manage every input when you are on that large of a show.”

“They’ve done a lot to make them light,” added mixing engineer Chris Taylor. “The PM5 is aluminum. It’s 93 pounds. The PM3 is 84 pounds. So, they’re easy to handle.”

Speakers Get That Sound Speaker manufacturers also praised portability with their products. At Yorkville Sound, Jeff Cowling, vice president of sales and marketing, said the company has expanded its line of EXM speakers with two new offerings, the EXM Mobile 12 and the EXM Sub.

“I’ve never seen a battery-operated subwoofer before,” Cowling said. “And for anyone listening out there, it really does sound like a subwoofer. It packs a lot of punch and can last up to five hours on full strength.”

JBL also focused on portable, battery power with its Eon One Compact P.A. speaker. “It is an all-in-one, battery-powered speaker, unlike any other on the market, that’s perfect for the musician, DJ, presenter, fitness instructor, school or even the backyard event where you really need pro sound,” said Craig Lambrect, JBL’s global director for portable P.A. MI 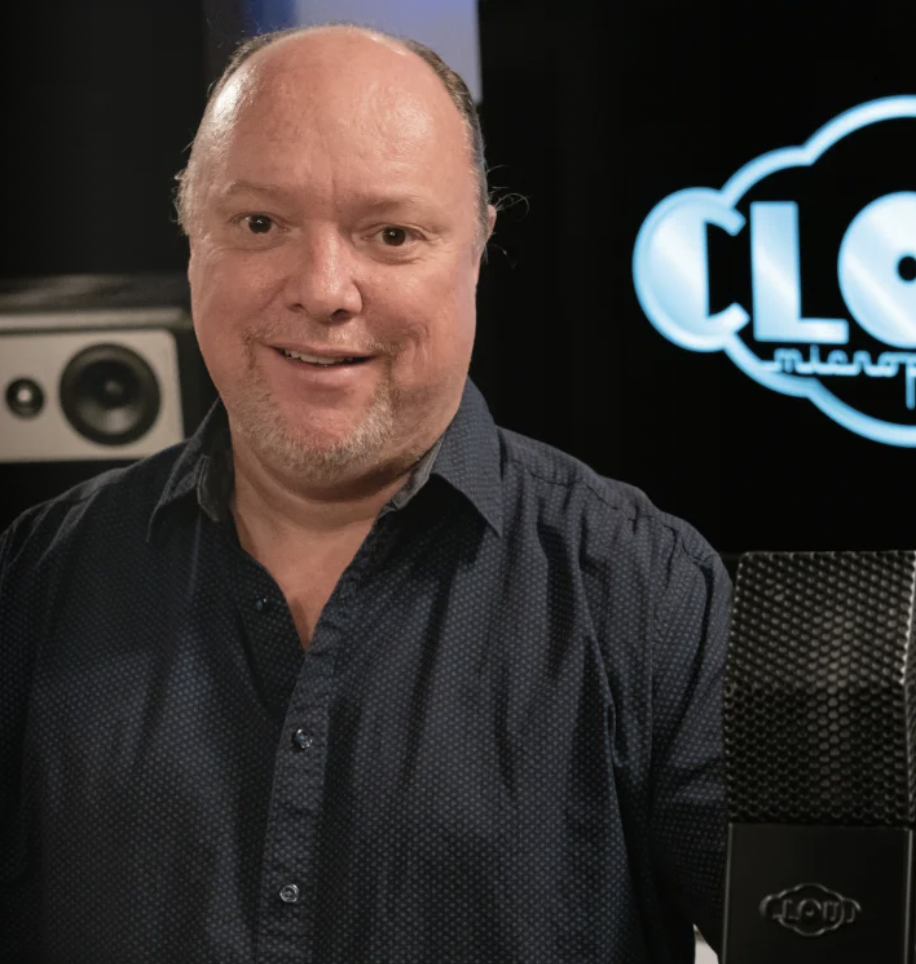 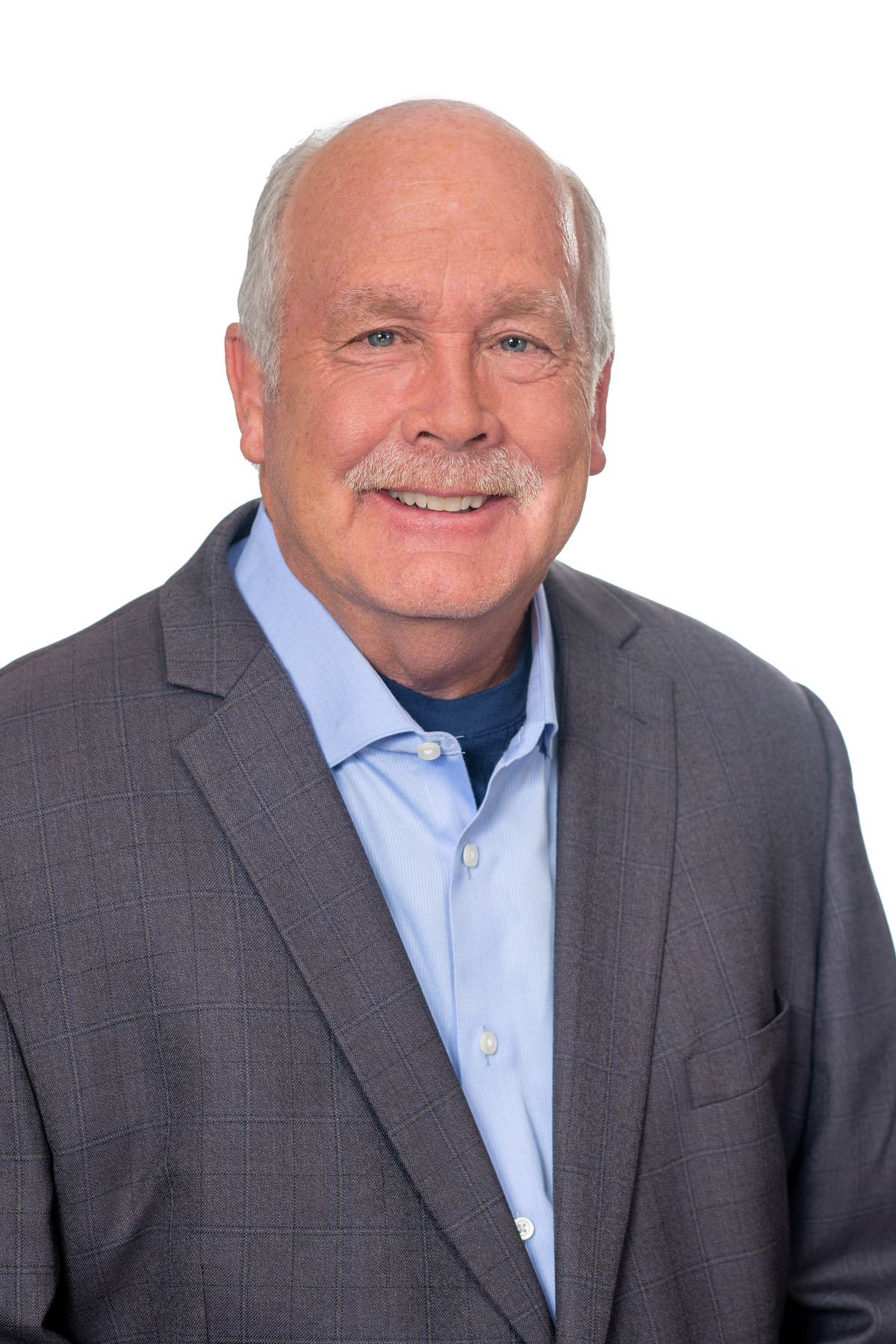