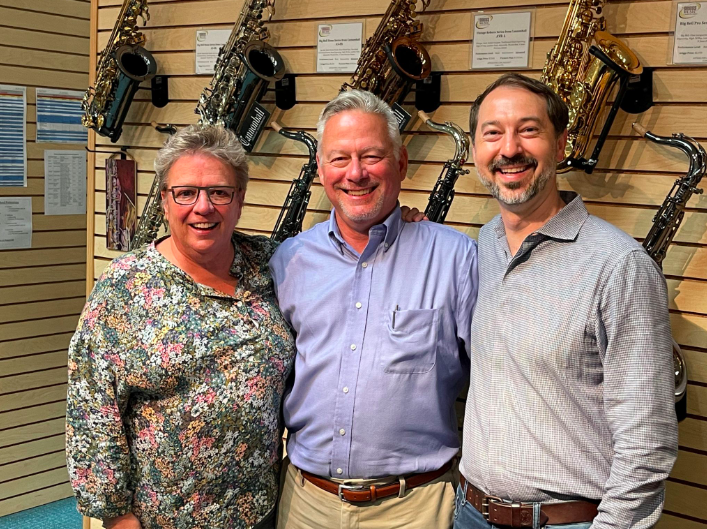 West Music has announced it will acquire 119-year-old B&O dealer Griggs Music. Griggs Music is located in Davenport, Iowa, and West Music is based in nearby Coralville. The deal is expected to be finalized on July 1.

Both Quad Cities locations will continue to operate – Griggs Music located on 3849 Brady Street in Davenport and the West Music location at 4305 44th Ave, Moline, Illinois, through Sept. 15, and then combine operations at the Davenport location by the end of September.

“After an incredible 47-year career with Griggs Music, it’s time to move on to a new chapter of my life. It has been my honor and privilege to have spent my entire career with one company and to have been CEO for the last 24 years,” said Steve Judge, CEO Griggs Music. “West Music has a similar rich tradition and culture and my respect for their organization has only grown over the years. I have interacted with three generations of owners at both Griggs Music and West Music and feel our merger will result in an even stronger organization committed to its staff and our music families. I look forward to working with West Music to ensure we continue the tradition of being the best locally-owned instrumental music store.”

“I have known Steve Judge my entire professional career,” said Robin Walenta, West Music CEO. “We grew up in the music business together. I have a great deal of respect for him and the entire Griggs Music team and am very excited to work closely with them to expand our reach in creating more life-long music makers in the area. What a great business we are in — enriching people’s lives through the joy of making music.”