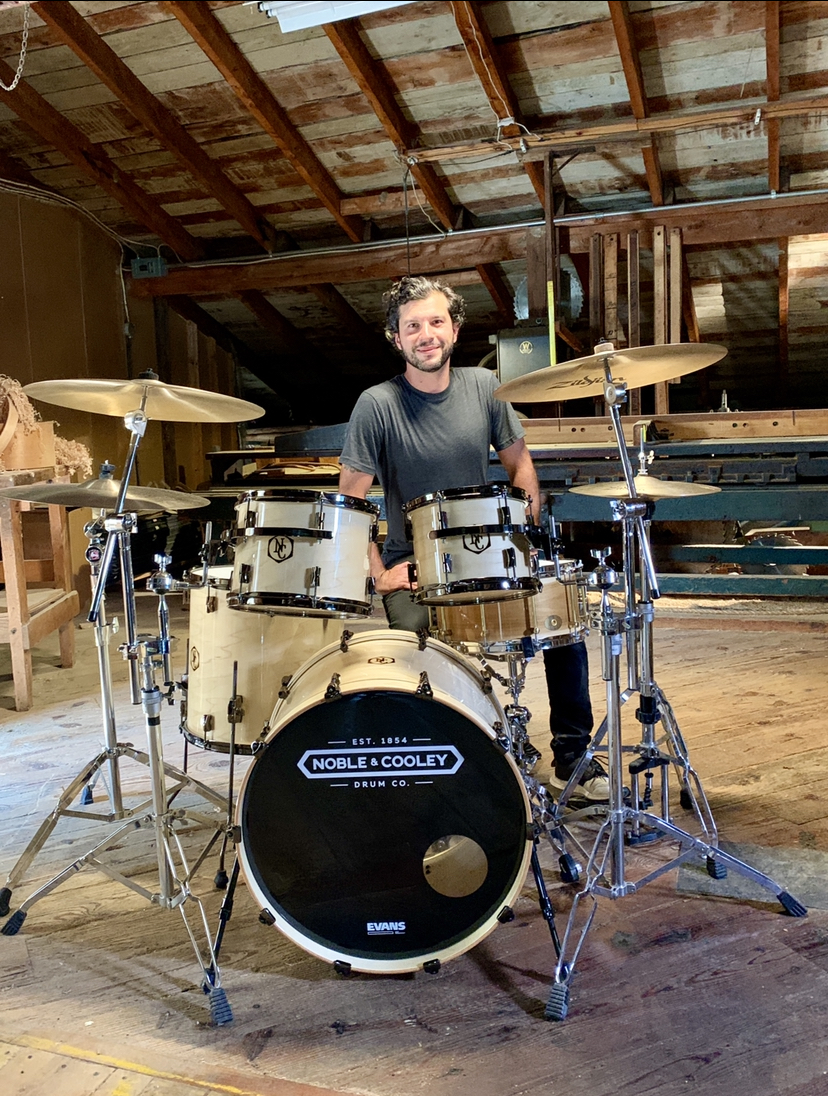 In joining the 160-year-old drum company, Garro is responsible for guiding sales, marketing and partnership strategies. In addition, he is overseeing day-to-day operations for Noble & Cooley.

Garro has played drums for bands such as Fast Break and In My Eyes, and for the past 19 years has been the lead drummer for an alternative rock band, Piebald, touring internationally.

Garro began a 20-year business and marketing career by co-founding a company called Street Attack. The company rebranded as Antler in 2009 to better reflect its strategic shift to digital and social-focused offerings. In 2013, Antler was acquired by GYK Marketing to become integrated marketing company GYK Antler. As executive vice president there, Garro helped build GYK Antler’s social and content production capabilities, leading marketing initiatives for both established and emerging brands.

Noble & Cooley has also appointed Lou Scalzo as production manager. A musician, carpenter and drum builder, Scalzo is tasked with improving manufacturing processes and creating efficiencies on the shop floor. He will also guide production techniques, from innovating new shell concepts to woodworking to custom paints and finishes.

Scalzo began working in carpentry in the late 1990s, honing his craft to become a fine-finish carpenter and furniture builder. Prior to that, he worked in music sales and the recording industry, becoming a recording and live sound engineer.