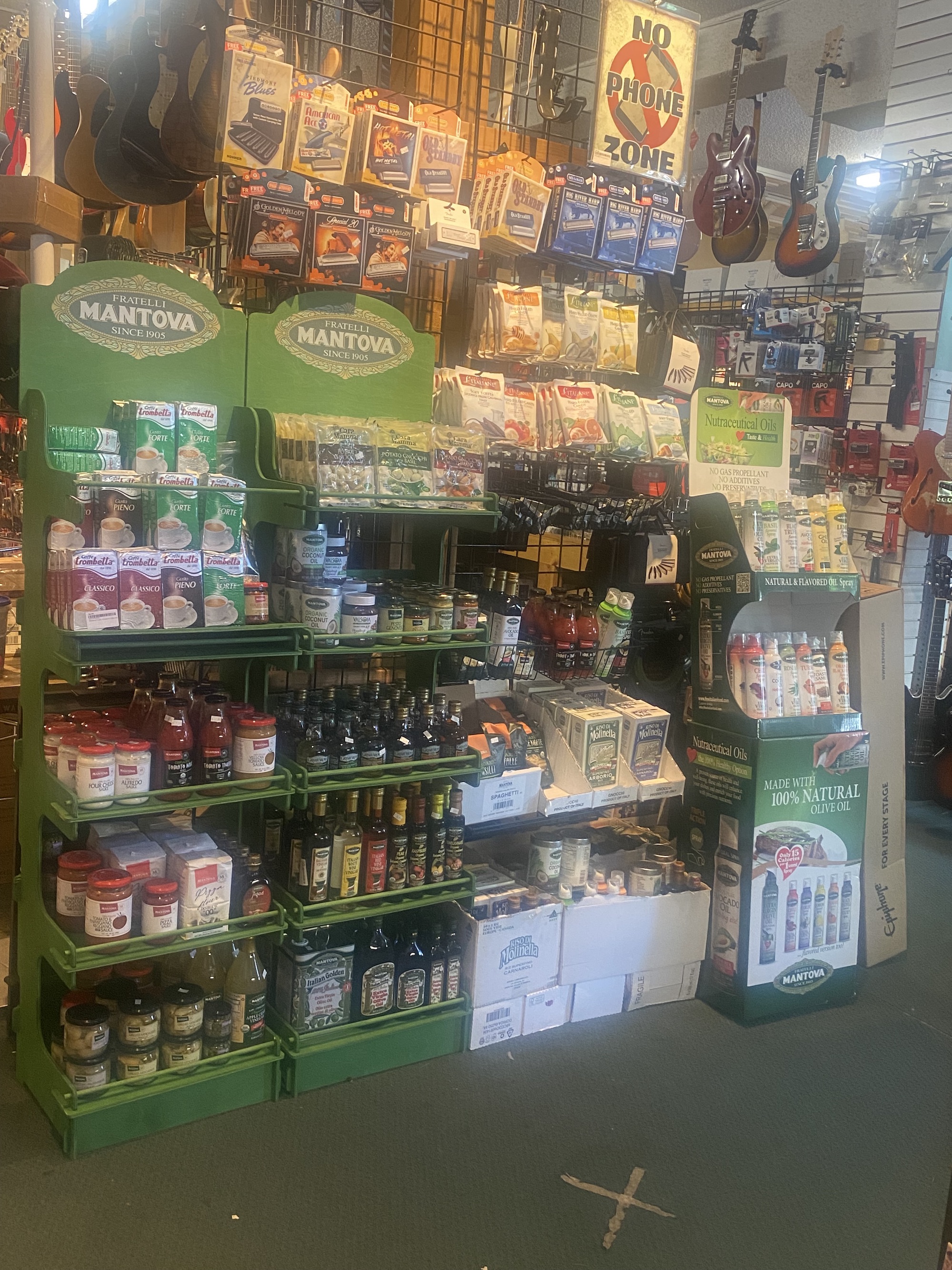 A display showcases the store's food offerings from Fratelli Mantova.

A few shelves in the store now include, among other offerings, packaged pasta, olive oil and gnocchi — which store owner Anthony Mantova said he’s already sold seven dozen packages of.

“Everybody loves the gnocchi, and the oils and pastas do well, too,” he shared. “If COVID has taught us anything, [it’s that] there are no rules. I’ve been a customer of Fratelli Mantova’s for awhile, and then it dawned on me: Why am I not selling this stuff in the store? So, now we are!”

Mantova said he reached out to the brand’s distributor through its website and pitched the idea.

“I think they were very surprised,” he said.