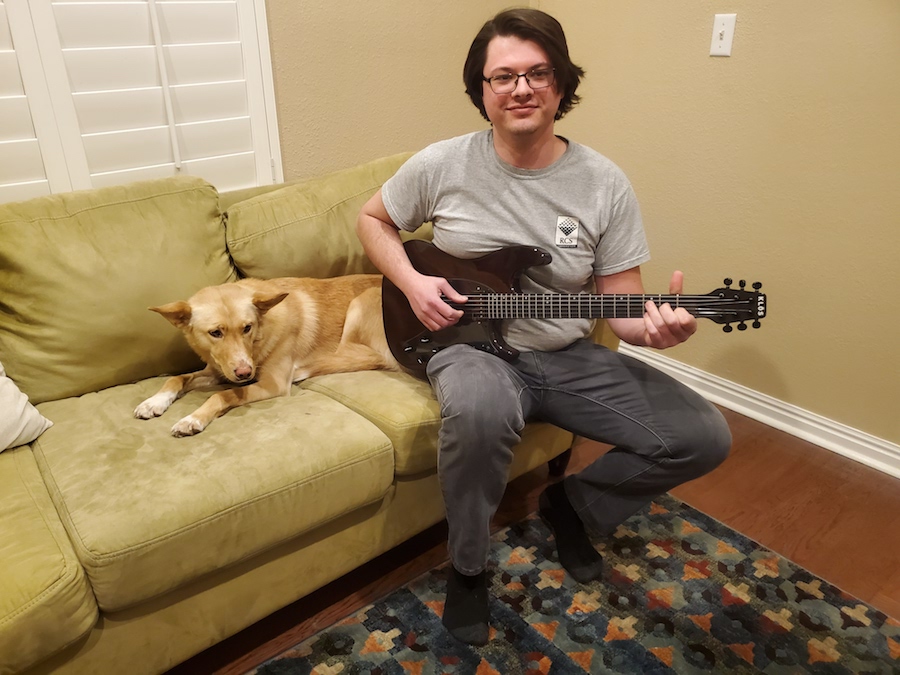 George Bishop, Klos' production manager, with a Klos guitar and his dog Hazel.

Provo, Utah-based Klos Guitars, which has been building and offering carbon-fiber acoustic guitars and ukuleles since 2014, has since Q1 begun offering electric guitars and basses that utilize carbon fiber in their necks and pickguards. The company has been producing fully carbon fiber or hybrid acoustic guitars since it started in 2014, but electrics are a new move for the company, dubbing them the Apollo series.

“That comes from two backgrounds,” said Adam Klosowiak, CEO of Klos. “One, Apollo being the God of music, and then also the Apollo Mission being high tech and a lot of space stations incorporating carbon fiber into their materials.”

Consumers can choose between the Apollo or the Apollo Pro, which adds an ash body rather than Okoume, Fishman Fluence pickups, Klos Premium locking tuners, a custom machined aluminum bridge with brass saddle and a Tusq Nut.

The Klos team is small, consisting of Adam and his brother Ian Klosowiak, CTO, a production manager, a fulfillment customer service manager and 16 manufacturing employees.

When the company started, it was just Adam and Ian, and their mission was to produce the most affordable carbon-fiber travel guitar on the market. But they embarked on this mission from an unusually residential place.

“We were doing the summer accelerator at Princeton University, where I went to school, and we had won the summer program that gave us $20,000 to start a business,” Klosowiak said. “And we were first manufacturing the guitars at Princeton in our dorm, which wasn’t technically allowed. We were infusing the carbon fiber with epoxy at like 2 a.m. when the alarm went off one time and fire and safety came and said, ‘You can’t be doing this here.’”

The Klosowiaks were forced to move last minute. “So we got this garage in Provo, Utah. That’s where Ian went to school.” One garage is now three joined garages, with Klos operating out of a 3,600-square-foot space.

Klosowiak explained that Utah’s weather affords Klos natural advantages in terms of quality control. “It’s very hot and dry here in the summer,” he said. “And it snows a ton in the winter. It’s the perfect place for us to be building these instruments that are resistant to temperature changes, because all we have to do is keep the guitars here to keep testing to see if carbon fiber actually does hold up over the years.”

Klosowiak spoke to the malleability of carbon fiber versus wood in making a guitar. “When you build a wooden guitar, you cut a tree down and you shape it and you modify it and build it into a guitar,” he said. “You are coming from something, whereas carbon fiber, you design it from the ground up, so you can decide on how many layers of carbon fiber, the thickness, the weave. You can decide if you want a sandwich panel in between there, the density of the glue of the foam. There’s a lot of factors that you decide — everything.”

He describes his product as adventure guitars. “That goes both for traveling in nature, or, if you’re a traveling businessman and playing in hotels, or if you’re a gigging musician and you’re going on a lot of planes,” he said, adding Klos’ guitars are built to survive mundane circumstances too. He said, “People that don’t travel and just have their instrument in their living room, if they have kids or a dog and they knock it over, the instrument’s totally fine there too.” 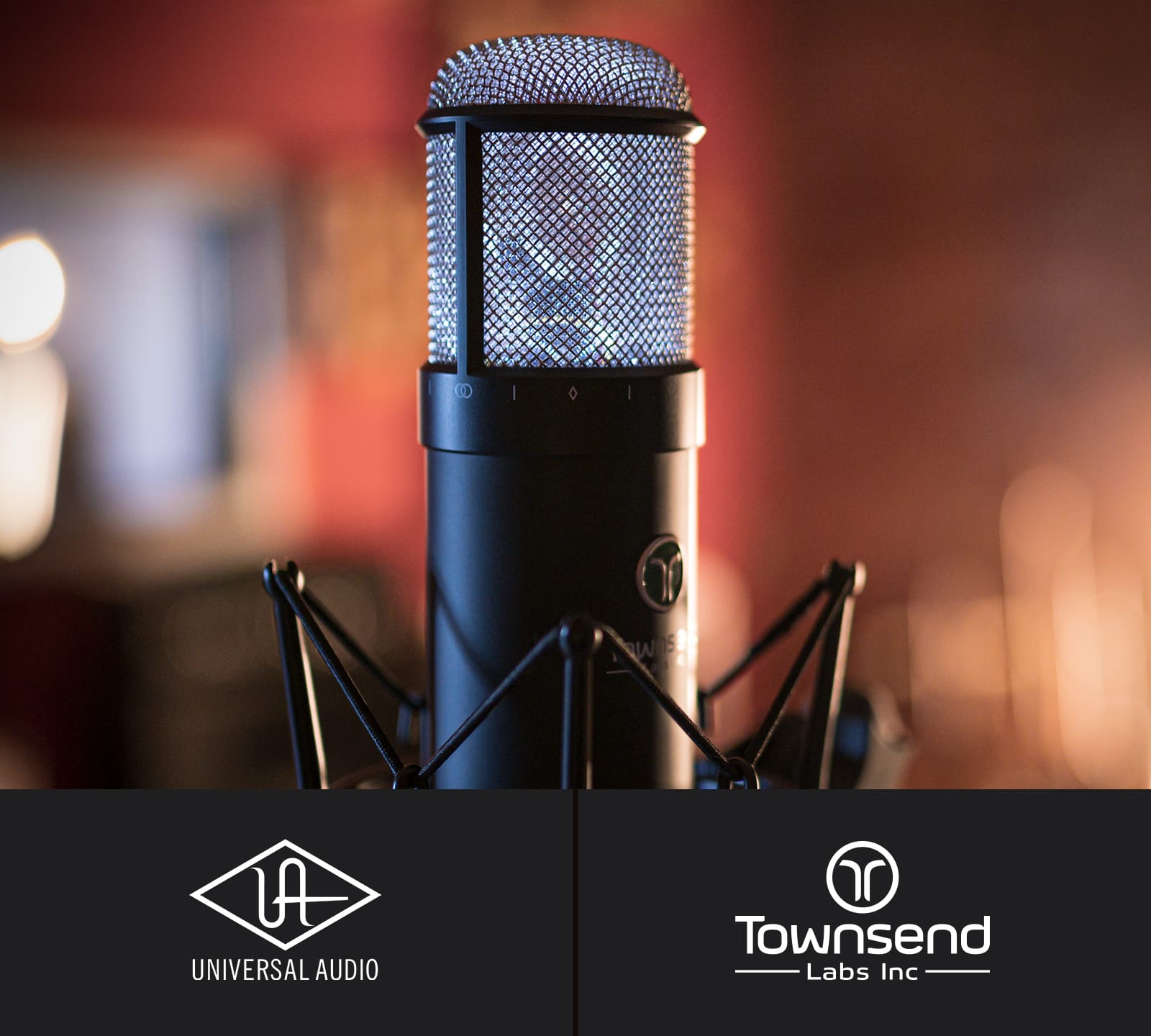