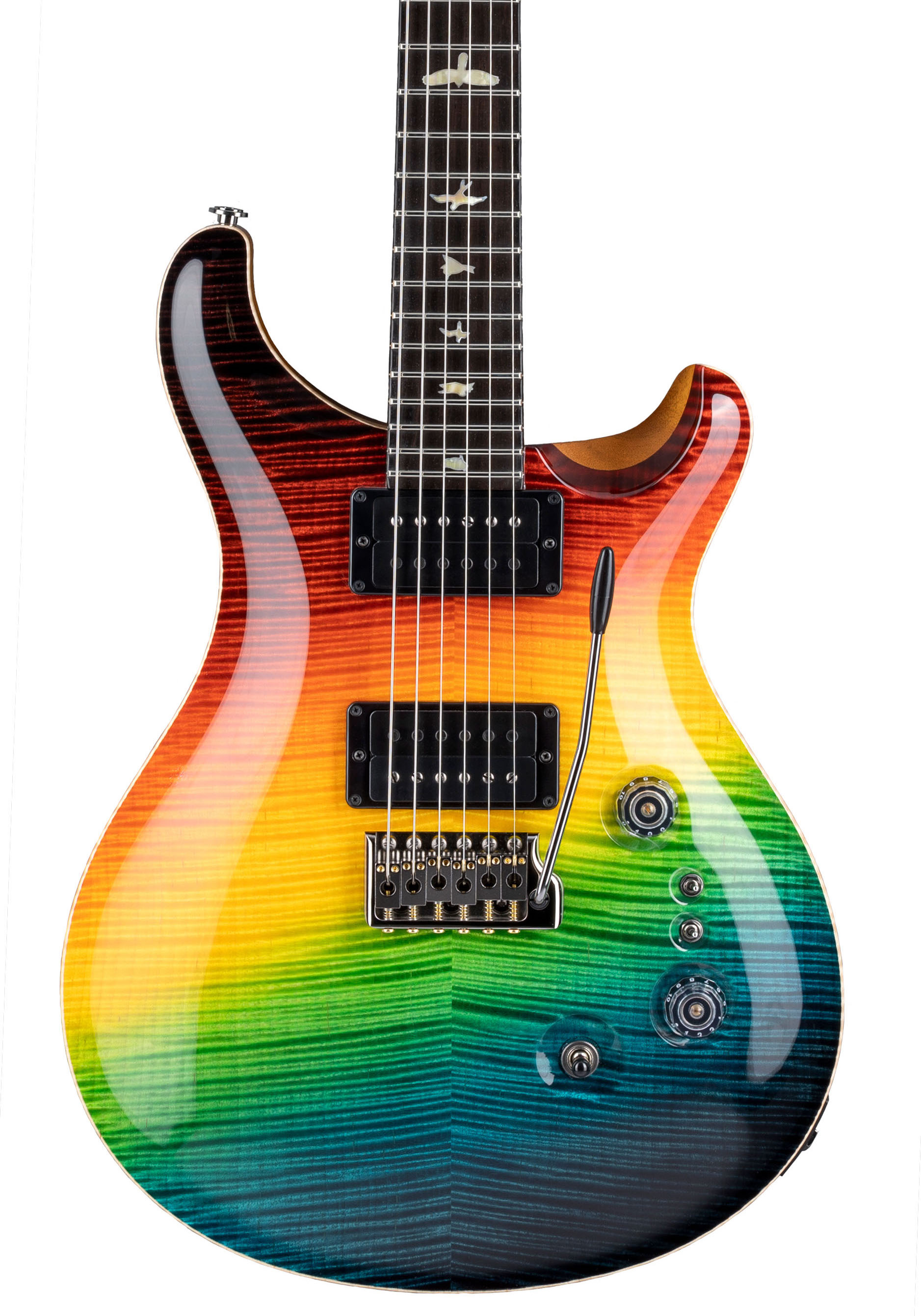 A PRS Custom Shop Rainbow Guitar will be auctioned off this month to support The Trevor Project.

The centerpiece of the retailer’s campaign is an online charity auction featuring exclusive and unique gear from more than 30 top musical instruments and pro-audio manufacturers. One-hundred percent of the auction’s proceeds will go to support The Trevor Project, the world’s largest suicide prevention and mental health organization for LGBTQ young people.

The auction, running now until June 29, is accessible at GuitarCenter.com/Play-With-Pride.gc and features more than 70 specialty and/or one-of-a-kind products from manufacturers, including PRS, D’Angelico, Taylor Guitars, Electro-Voice, Zildjian/Vic Firth, D’Addario and more. Much of the gear available for auction has been signed by the creators or top artists who have pledged their support for this campaign. A particular highlight is the PRS Custom Shop Rainbow Guitar (pictured above), which features a bold rainbow color pattern, curly maple top, figured mahogany back and neck, Brazilian rosewood fretboard, and darkside cross fade. It’s one of only seven made in the world.

Additionally, Guitar Center will match all auction proceeds up to $50,000 as an additional donation to support The Trevor Project’s mission to end suicide among LGBTQ young people.

Other activities during the month-long celebration will include Sounds of Pride, a content series spotlighting LGBTQ artists on Guitar Center’s Riffs blog and social media channels.

“Guitar Center has been a long-time supporter of grassroots efforts that uplift and showcase musicians within diverse communities, however, this year, our employees and customers have expressed a desire for us to do even more. We are therefore making a commitment to more meaningful activations in support of Pride, to demonstrate our allyship in an even bigger way,” said Jeannine D’Addario, senior vice president, chief marketing and communications officer at Guitar Center. “For more than two decades now, The Trevor Project has served as a beacon of hope for so many young people in need of support. Guitar Center is proud to partner with The Trevor Project to encourage LGBTQ youth to tap into the healing and therapeutic powers that making music may bring.”