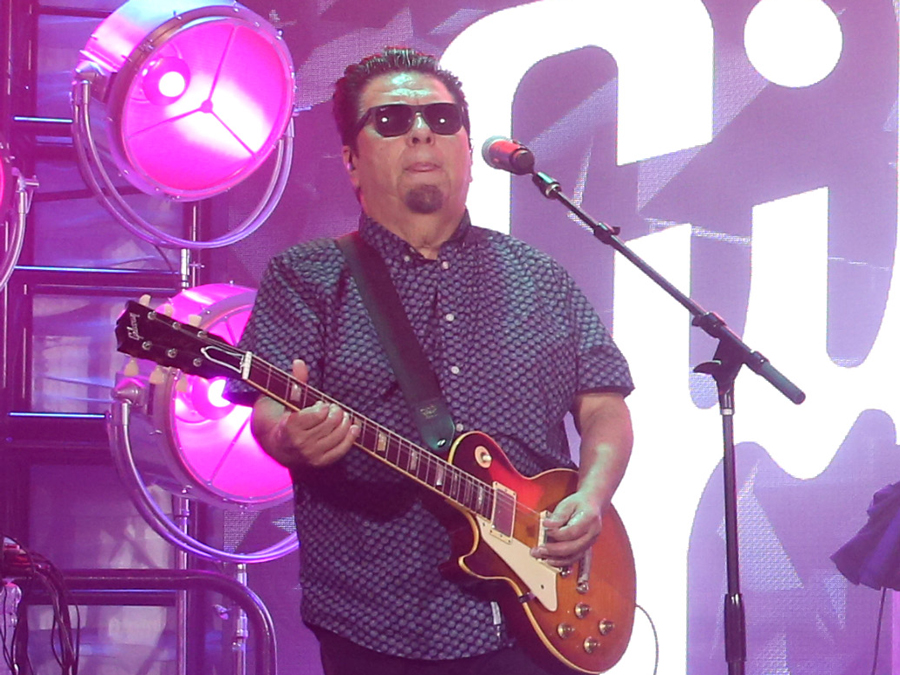 Cesar Rosas of Los Lobos performs at The 2020 NAMM

All eyes were on the MI industry at The 2020 NAMM Show, which once again highlighted an overwhelming display of products, presentations, performances and more.

“It was incredible to see NAMM members and industry professionals from around the world come together in such a positive way to experience the launch of countless new products, attend the best industry education available anywhere and enjoy the comradery and networking that makes our musical lives so meaningful,” Joe Lamond, NAMM president and CEO, said in a statement. “The NAMM Show campus served as a living, breathing snapshot of the current global marketplace and I truly believe that our attendees who made the commitment and investment to be there have increased their competitive advantage for success in the year ahead.”

Every year The NAMM Show sees the debut of tons of impressive gear, and 2020 proved to be no exception. Yamaha showcased more than 75 products at the show, including its SLB300SK Silent Bass, the NX series of nylon-string acoustic-electric guitars and the YC61 stage keyboard. When asked about the first day of the show, Yamaha Corp. of America president Tom Sumner noted that the mood among dealers was positive. “Sometimes the folks you talk to at the show can be like, ‘Oh, we had a tough Christmas,’ or ‘We had a great Christmas,’ or ‘Last year was great,’ or ‘Last year was bad.’ In general, dealers are really upbeat,” he said. “I mean there [are] always one or two that aren’t, but the general mood is, ‘Hey, we had a great year and we’re looking forward to this year.’”

Gibson CEO James “JC” Curleigh stressed that The NAMM Show places MI in the spotlight, and it’s incumbent on companies to do something meaningful with that. “Come NAMM time, all eyes are on the music industry,” he said. “And I think it’s up to us, as an industry, to continue to bring new, fresh ideas, celebrate ideas from the past, and then come together and make the music community at large stronger.”

Martinez felt at an advantage in having had Fender’s American Acoustasonic Telecaster out since the previous NAMM Show, which warmed consumers up to the concept as the company debuted its Acoustasonic Stratocaster.

“We’re a year in from launching a new platform, and people are coming in looking for it because they’ve adopted it, and we’ve had success with Acoustasonics, so people aren’t coming in hesitant,” he said. “They’re coming in excited to see what’s the next edition of it. What does it do? The Acoustasonic Strat [is] a really exciting one because we’re now adding another body shape with multiple voices in it.”

The sheer size of The NAMM Show is rightfully legendary. “My Lyft driver this morning was letting me know that she thought that The NAMM Show had outgrown the convention center and the neighborhood because it’s such a popular event,” said Lauren Hendry Parsons, associate vice president for communications and partnerships at BandLab Technologies.

The NAMM Show was teeming with people, all there for different reasons; some simply taking in the show, others hard at work. For the latter, the pace of the show is relentless. “The best analogy that I could come up with is it’s the type of energy that you have [on] your wedding day or 40th birthday or something like that where you are in a conversation that gets interrupted to go to the next conversation, and it just domino effects from there,” said Michael Adams, sales and brand manager with Korg.

The Star of The Show

Companies exhibiting at the show hosted attractions such as live performances, and signings in their booths and rooms to attract traffic. Jeff Klopmeyer, attending the show with ESP Guitars, explained how large attractions and shows can be overwhelming and not always the best decision.

“A few years ago, we ran into a situation where we had people from even some of our major dealers and some of our important distributors who came to us and said, ‘We would have loved to have seen you, but your booth was so crowded we couldn’t even get in. It felt like a mosh pit inside of your NAMM booth,’” he said. According to Klopmeyer, ESP Guitars President and CEO Matt Masciandaro subsequently declared an end to live performances in ESP’s room. “We’re going to let the products be the star of the show,” Klopmeyer said.

Live performances were certainly not banned in Marshall’s room, though. Having a room rather than a booth is relatively new for the company, which Luke Green, product director with Marshall, said makes all the difference. “We’ve become a destination,” he said. “We treat this as not just a trade event for showing the latest and greatest products, but a way of properly networking with dealers and international distributors as well.”

Kym Bradley, managing partner and executive vice president of sales and marketing with Earthboard, spoke to experiencing The NAMM Show from a different perspective — the basement level.

“There are two schools of thought,” she said. “One is that they shove people in the basement cause they’re not the big boys yet. And then the other school of thought is, ‘Oh no, no, no. That’s where all the coolest stuff is. The really innovative stuff.’”

Some doing business at The NAMM Show are even less concerned with the location of their booth as they elect not to get one. Such was the case for Lee Oskar Harmonicas for years. “We decided not to have a booth anymore because it was very important not to be stuck in a booth and be in the distributors’ booths,” said Oskar, former member of the funk band War. The company resumed booking a booth last year but Oskar still looks at the show the same way. “The NAMM Show to me is more for exposure and promotions and having meetings for the various distributors. It is not intended as a hardcore sell.”

During a Q&A session at Harman Professional Solutions’ booth, funk legend Bootsy Collins summed up The NAMM Show nicely. “It reminds me of the world and the way it should be,” he said. “Everybody can’t wait to get down here.” MI