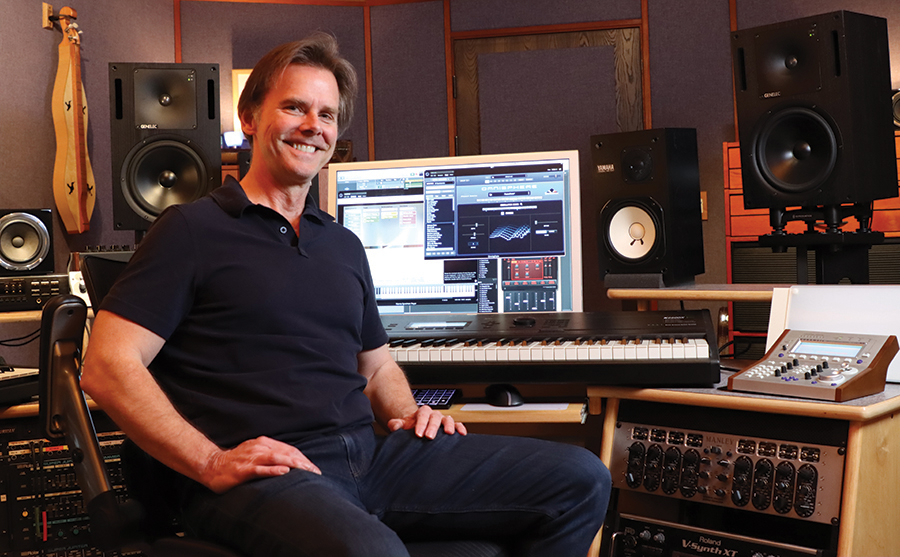 With more musicians recording from home due to the coronavirus, suppliers & distributors say now’s the time for MI retailers to start selling plug-ins

Plug-ins have long been a product category that many traditional brick-and-mortar retailers shy away from. Selling something that doesn’t have a physical box, can’t be easily tested out by customers and requires a shoppable website can sound tricky. But for MI retailers currently selling online, many suppliers and distributors are advocating the benefits of offering digital music tools such as plug-ins due to the increase of musicians recording from home during the coronavirus pandemic. Mark Hiskey, president of plug-in maker and distributor Ilio, mentioned his company has seen a rise in sales.

“During these challenging times, we’ve actually seen an uptick in software sales,” Hiskey said. “We think there are multiple reasons, including, of course, musicians having more time on their hands to revamp their home studios, learn new software and make more music. While live gigs and commercial studio sessions have been put on hold, talent has not been sitting still. We know of artists who are finding ways to earn income by writing and recording at home, and there’s a renewed interest in acquiring virtual instruments and plug-ins to freshen up their sound palettes.”

IK Multimedia, which offers plug-ins in addition to a wide array of music creation tools, also mentioned seeing a lift in sales.

“I think musicians are focused primarily on adapting to the loss of performance opportunities right now,” said Daniel Boatman, sales manager at IK Multimedia. “We’ll see how long this lasts, whether it’s because restrictions start to relax or because musicians start to focus more on the medium- and long-term, at which point I do think software sales will increase.”

“Finding a way to make quality music from home is at the forefront of all musicians’ minds right now,” Smith said. “From the weekend warrior to the top-level touring musician, we’re all trying to find a way to connect with the audience. Having the tools at your disposal puts you in the right place. Until now, some of these digital-only plug-ins have not been available to retail. Now is a great time for retailers to support their customers and create new revenue from digital-only products.”

According to Hiskey, if you sell pro-audio, musical instruments or DJ gear, you should be selling plug-ins, too.

“Any customer who uses a DAW, whether for recording, mixing or composing, has a desire for the latest sounds and audio technology, and a relatively small investment in plug-ins can be the most affordable way for your clients to stay on the cutting edge,” Hiskey said. “While some hardware will always have a certain sex appeal, the quality of current plug-ins and the value they represent is better than ever. By now, we’re into several generations of iterative improvements that have made many plug-ins nearly indistinguishable from the hardware they emulate, and, in many ways, superior. For example, the ability to instantly recall processor settings in a DAW session is worth switching from hardware to plug-ins for the convenience alone.”

Smith pointed out that plug-ins don’t take up any space in a store’s showroom where space is often at a premium.

“Because codes are paid for by the consumer and retailer at the time of the transaction, the dealer is never tying up dollars in stored products,” Smith said.

Instead of hand-picking each plug-in brand, like a retailer would guitars, programs such as IMSTA’s Xchange Market Platform and Hal Leonard’s Vault allow retailers to offer a wide range of brands and options in one streamlined system.

“It’s very easy to get started with the Vault program,” Smith said. “Retailers can contact their rep, get the one-page, step-by-step document and then promote that hundreds of software products are now available in their store and online. In-store codes can be printed out and handed to the consumer.”

“It’s very simple to use. Serial numbers and download instructions go straight to a customer’s inbox, and any promotional pricing happens automatically,” Hiskey said. “Ilio handles all of the invoicing so retailers don’t have to deal with multiple vendors. We also have an API that many retailers use to integrate Skuport into their backend or POP systems.”

“VSSD allows dealers to go online, enter a customer’s order into the system, and instantly receive unique serial numbers to unlock the customer’s copy-protected software, which is downloaded by the user,” explained Mick Olesh, Waves’ executive vice president of sales and marketing. “This virtual stock mechanism eliminates dealer inventory costs while providing customers with the products they need immediately.”

When it comes to marketing plug-ins, Alto Music in Wappingers Falls, New York, pulls customers in by offering a wide array of options.

Variety aside, Sweetwater’s Johnny Grabowski said the plug-in category is promotion-driven and retailers should be sure maximize this.

“Plug-in manufacturers often have sales, and much of a retailer’s success in the category will depend on their ability to execute and advertise promotions to their customers,” Grabowski said. “Also, not unlike other product categories, there are perennial bestsellers and money-makers that retailers should know.”

IK Multimedia’s Boatman advised that retailers include manufacturer’s promotions in their store e-newsletters.

“Lots of aggressive, limited-time deals give customers a reason to buy right away,” he said. “That’s great for a retailer’s e-mail newsletters, as well as web and store traffic, since it gives customers a reasons to click through, and hopefully add a few other things to their cart while they’re there.”

In that same vein, Hal Leonard’s Smith said plug-ins are the perfect upsell.

“Plug-ins are the ultimate ‘Do you want fries with that?’” he explained. “Most recording software comes with a limited number of plug-ins, but asking some questions after the initial sale should lead to recommending some additional plug-ins.”

Whether its virtual instruments or virtual processors, boutique brands or the industry favorites, Ilio’s Hiskey said musicians’ desire for plug-ins has reached a new height.

“Demand for software is stronger than ever, and our dealer network has been there to meet the need, whether it’s for boxed products or for downloads,” Hiskey said. MI