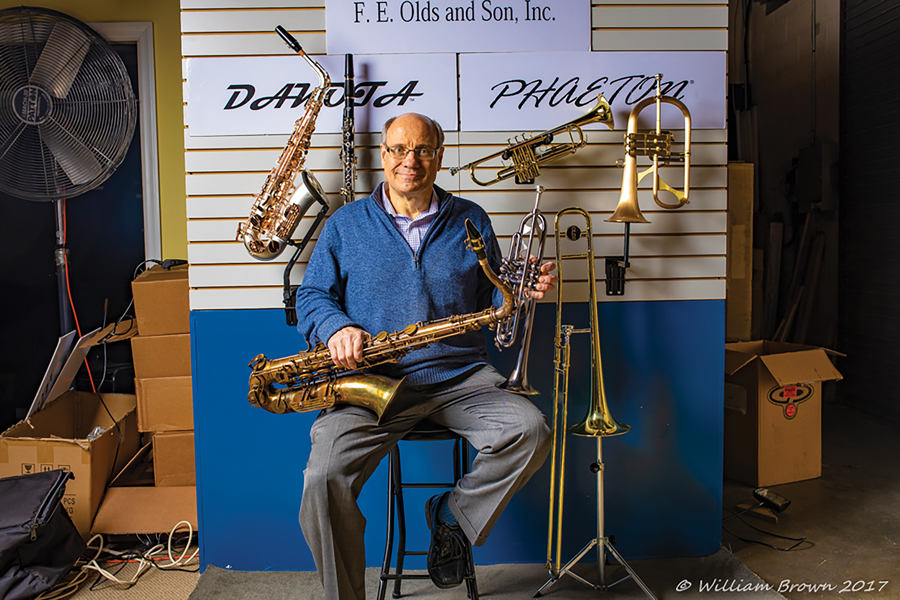 From Bicycles to Brass

In the 1880s, entrepreneur and amateur trombonist, Frank Ellsworth Olds set up a bicycle-building enterprise in Los Angeles. In time, he took the metalworking skills he learned and put them toward building the perfect horn. Now, well over a century later, his name has come to represent a beloved and venerable brand of instruments played by musicians across the U.S.

F.E. Olds’ legacy of excellent craftsmanship is shown today by way of band products ranging from trumpets and tubas to clarinets, flutes and saxophones. According to David Benedetto, F.E. Olds’ owner and president, the product line addresses the educational and rental market. He added that schools have been turning to F.E. Olds for decades.

F.E. Olds brings over a century of expert craftsmanship to its band instruments creations.

Benedetto, a former president of the National Educational Music Company, which specializes in instrument rentals for students, first became aware of F.E. Olds from working with its products. When he saw the opportunity to purchase the company in 2017, he jumped at it.

“I’d been working with the brand under its previous ownership and wanted to spend all of my energies on it,” he said. “Purchasing the company enabled me to really focus on my vision for the company.”

One of Benedetto’s first tasks as head of the company was to counter a simple, but challenging, reality. Despite its history, many dealers didn’t know that the F.E. Olds brand still existed.

“Even though the company has been around for over 100 years, there were interruptions in its presence in the marketplace,” he said. “There are dealers and customers who may have never heard of it, so it’s important now to expand awareness [and] get more customers exposed, whether it’s adding another product line to their arsenal or getting a first-time dealer involved. We’re building sales through a strong network of dealers and music stores.”

Benedetto has expanded industry awareness through strategic advertising, social media outreach and appearances at shows such as The NAMM Show. “F.E. Olds is a smaller player in the student band market right now, but we are growing,” said Benedetto. “It has to be controlled growth, though, so I can continue to offer my customers the same service that they’ve come to expect.”

Amidst a strong pool of band and orchestra competitors, Benedetto boils down F.E. Olds’ appeal to three factors.

“First, we have great products and carry a ten-year limited warranty on all items. Second, we don’t have any kind of minimum buy-in, so it’s easy to get started with us. That’s done very intentionally to help smaller dealers. Thirdly, I’m very familiar with the workings of the band instrument rental market, so pricing margins are all designed to maximize profits for dealers.”

F.E. Olds isn’t the only brand that Benedetto works with. In December 2017, he purchased Sax Dakota and Phaeton Trumpet from founder Peter LaPlaca, who Benedetto described as a great veteran of the MI industry and a continuing contributor to the brands he created.

Benedetto sees F.E. Olds, Sax Dakota and Phaeton Trumpet working together. He described the latter two as boutique offerings aimed at the professional market, each with impressive rosters of endorsing artists. “The portfolio of brands gives me a way to elongate my product offerings,” he said. “I can focus on the student level and beginning market with F.E. Olds, and with Dakota and Phaeton, I can continue working with players who progress to the professional line.”

“All three brands offer very solid products,” he said, “focused on both profitability for the dealer and an easier price point for the consumer.” MI