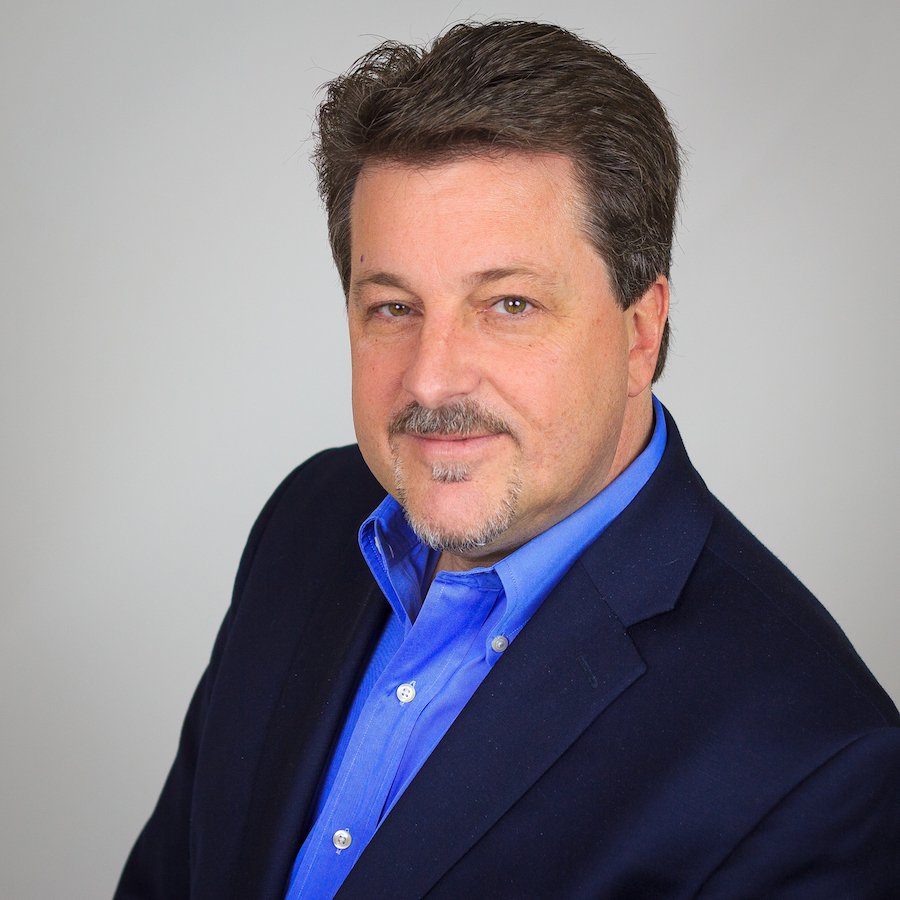 Founded: 1946 for the international Casio corporation; the U.S. music  division was formed in 1980.

Fun fact: When he’s not managing Casio’s musical presence in the U.S.,  Schmidt is an avid restorer of vintage automobiles. “I have a lot of fun fooling  around and tinkering with old cars,” he says.

I wake up very early. Before the pandemic, I was up at 5 a.m., but now, I let myself sleep an hour later. I get my cup of coffee, turn on the news and open my computer to Bloomberg to see what transpired over the evening. Staying informed on current events is very important, since so much of what happens in the world can apply to my day and how I run things at Casio, whether directly or indirectly.

First off, COVID-19 is affecting everything, so while the day-to-day news about it can get very repetitive, it’s important to stay informed about everything that’s going on. Since we’re a Japanese company, the virus affects how I communicate with headquarters there. And our products are mostly manufactured in China, so it’s essential for me to pay attention to changes in U.S.-China relations. Any hiccup potentially impacts my production and supply. Tariffs, trade relations, stock prices, it all impacts my conversations and what happens with our business. Even if there’s a strike at a port in China, the U.S. or Vancouver, I have to stay on top of how that’s going to affect my incoming shipments or outgoing information.

That sounds like a lot to keep track of.

It is! It’s fascinating and sometimes exhausting.

Do you have backup plans in place in case international relations, public health or other global developments throw a wrench in your supply chain?

Casio is a global manufacturing and production operation, and many resources are shared across the corporation, so there’s not a lot that I can personally change about how the virus is [impacting] factory workers making Casio’s musical instrument products, for example. But I do everything I can to react from a standpoint of those aspects that are in my control. With COVID-19, the backup was pre-planning.

We took a very aggressive stance in the very beginning from the standpoint of the U.S. electronic music operation, which I’m in charge of. We have a lot of autonomy, so back in February, when we saw what was starting to happen, we took a gamble and moved production and shipping forward dramatically. It wasn’t quite as much as I would have liked initially, but over time, we front-loaded things more and more. At the same time, more conservative divisions of our company were going the other way initially, pulling back rather than increasing supply. You don’t know how these things will play out for sure, but being aggressive really worked to our benefit in this situation.

Were you able to pre-manufacture and pre-ship enough product to keep up with demand, even with global disruptions?

Unfortunately, it hasn’t been good enough! Business has been phenomenal, and we’ve managed to do considerably more than we would have if we had taken a wait-and-see approach.

Has the development of new products been impacted by COVID-19?

We haven’t seen much delay in R&D. Most of our innovation is done in and around Tokyo, and they didn’t have the same impact from COVID delays that we had here in the U.S. People were working from home for less than a month there, so with much of Casio’s R&D in a separate facility [located] in a less populated area outside of the Tokyo metro area, the virus didn’t hit as hard there. We have projects developing on one-, two-, and three-year timelines, so the only thing I think might be slightly impacted is production for the next twelve months of new products, once they are past the R&D phase. The biggest issues with the pandemic have been on the production side, since China was hit so hard, and that’s where our manufacturing is focused.

How would you describe your approach as a manager?

I like to be challenged, and I like to empower my employees. I want to lead a team that get things done and doesn’t hesitate to try something new. Even though I’m working within a multinational corporation, I like to envision myself as an entrepreneur. I have the vision of where I want this business to be, and I try to [come up with] innovative and effective solutions to get us there.

I’ve been here at Casio for fourteen years and have changed things dramatically, especially digitally. In my prior role at a different company, I helped establish an online business presence where there previously had been none. So, when I came to Casio, that was one of the big areas I focused on. I also made a point of cleaning up distribution. While I had a vision for the future of the company that was going to be heavily online, I’m still a firm believer in brick-and-mortar. There are many customers who want to touch, feel and play a product before they choose to buy it. Particularly in the music channel, brick-and-mortar is essential. So, I’ve pursued physical distribution to stores and also worked to develop our relationships with online retailers like Sweetwater and Musician’s Friend, among others.

Who do you see as Casio’s primary customer?

When it comes to musical instrument products, Casio is a company that touches on all markets, from educational to hobbyist to professional. Especially with digital pianos, we’re across the board.

How does the ubiquity of the Casio brand affect your work?

The Casio brand is of course very well known. Probably 40% of consumers have heard of it, mostly from watches and calculators. As far as electronic musical instruments, we’ve been in the business since 1980, so we’re far from new. When I was a kid, my first keyboard was a Casio, and we already have very good industry awareness when it comes to our consumer-level products. Our biggest challenge is getting to intermediate and professional level music makers as well. Does everyone know that we have entry-level mini keyboards? Pretty much. But do they also know that we make a grand hybrid piano series developed in conjunction with C. Bechstein that retails for $6,000? Making people aware of the breadth of our products is really our biggest challenge.

How are you tackling that?

First, we’re addressing it with new product development. Just recently, with the hybrid grand piano, we’ve begun working with classical music talent to develop more awareness in that space. We’ve established relationships with acoustic piano dealers, and a lot of the audience development we are seeking comes through distribution. If the product’s not where people can learn about it and see it, digitally or physically, it’s much harder to make them aware. Along with that, our social media, YouTube videos and other marketing avenues have helped a lot.

You mentioned that the Privia digital piano series is your best-selling line of products. Why do you think that is?

It’s our flagship 88-key portable piano and was recently given a sleek, modern redesign. It’s one of the thinnest possible designs that can still afford a weighted and graded action, and, at under 25 pounds, you’re not going to break your back taking it to a club, church or your neighbor’s house. It’s also affordably priced. Those are the real differentiators that make it such a popular instrument for us.

Can you describe your approach to endorsements and artist relations?

We do a lot more grass roots outreach than our competitors. Our artist program includes a number of highly accomplished touring professionals but focuses more on everyday working musicians, including people who may have a job during the week and only gig on weekends. We really try to build connections with a wide range of end-users — educators, hobbyists, and gigging musicians at different levels. We’ve been throwing a lot out there to expand the image of Casio beyond that of the company that makes the small keyboards that everyone first learns on.

I started learning violin at age 8, guitar at 13 and then piano at 50. I’m not very proficient at this point, but I still dabble with piano for obvious reasons. Even though I’m not the most accomplished player, having that background certainly made me more aware of the business that we’re in, the challenges and pleasures of it. When I recently started taking up the piano again and learned to play just two new songs, it was pure enjoyment to complete the effort and be able to create a musical performance. I’m also a huge music fan in general and went to all kinds of concerts before COVID-19 hit, from folk to hard rock to electronic music. There’s such a wide range of music to love.

I’ve been in the music business for fourteen years. Prior to this, I worked with an electronics manufacturer and before that, with big fashion names in the jewelry, handbag, and accessories business. If I wasn’t in the music channel, I would be in any number of other areas where I could work in the entrepreneurial function that the electronic musical instrument world gives me.