To The Beat of Their Own Drum 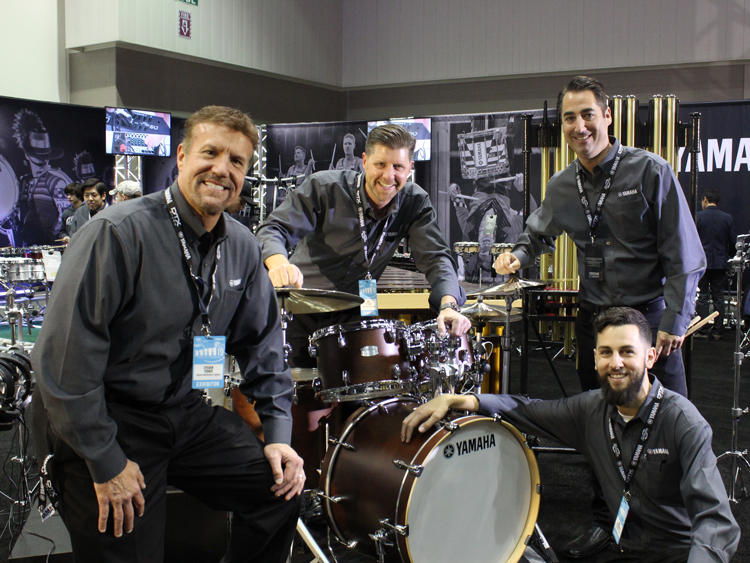 Once again, Indianapolis transformed into the drum capital of the U.S. for a week last fall, as industry leaders and budding hopefuls gathered for the 44th Percussive Arts Society International Convention at the Indiana Convention Center from Nov.13–16.

For its 2019 iteration, thousands of attendees and hundreds of vendors descended upon PASIC—although there were notable absences from several major brands like Roland and D’Addario. Percussionists, both marching and set players, rubbed shoulders for five days, planning out next year’s purchases, gawking at new products and seeing old friends.

“I love PASIC,” said Andy Morris, president of Dream Cymbals. “I used to come here as a young guy. Now my role here is very different, but the best part is PASIC friends. There are people who I only get to see here. It’s just a blast.”

At PASIC 2019, company giants tried to show how they’re adapting to consumer interests, while newer companies attempted to cater to their niches and make headlines with revolutionary products.

At Alfred Music’s booth, the publishing powerhouse reached into the past for inspiration, and caught eyes with its new book Drum Lessons with George Lawrence Stone by Barry James and Joe Morello, which is the sequel to one of its most successful books, Stick Control by George Lawrence Stone.

“[The author] Barry James is the last living student who directly studied under George Lawrence Stone,” said Alfred Music’s Dave Black. “The book is about how to use stick control because when Stick Control was written, George Stone never intended it to be a book. [Drum Lessons with George Lawrence Stone] is about how to use it. It has all the missing exercises and philosophy.”

Drum-heads-maker Remo Inc., on the other hand, took a more visually striking approach to bring in potential customers. The company went all-in on its colored drum heads, Colortone, with a center floor booth with extravagant lights and videos of large school marching bands flaunting the heads.

“It’s an Emperor drum head that we use our skin deep imaging technology on,” explained Bob Yerby, vice president of sales and marketing at Remo. “We want groups to completely go with their colors like colleges or drum corp.”

One undeniable trend taking hold is bigger cymbals. The demand has grown so much over in the past few years that brand leaders like Dream Cymbals and Sabian are adding new, previously unthinkable sizes to their lines.

“There’s a 22-inch Complex thin crash in our collection now, which would normally be a special order, but there’s so much demand,” said Chris Stankee, global director of artist relations for Sabian Cymbals.

On the technology front, Yamaha continued to prove that they’re one of the leaders in digital drum technology with the help of the second version of its EAD10 drum module that comes in the form of a free firmware update for anyone who owns the original. Steven Fisher, director of drums and percussion for Yamaha, said the update comes after the company noticed customers trying to use the module’s mic for video lessons.

“We found that a lot of people use the microphone as a talkback microphone for online lessons and YouTube videos and they found that they needed a separate talk mic function,” Fisher said. “So, now, you push the micro button on the module to boost the gain on the microphone so you can now talk through that too.”

In terms of innovation and efficiency, it’s hard to ignore Welch Tuning Systems, though. The freshman company, which launched in January 2019, is built upon the idea of a single tuning knob per drum­—rather than the traditional system, which uses multiple tension rods per head—and caused passersby to stop, listen to the versatile tone and try out the product.

“Anytime we can get the drums in front of people and they can get their hands on them they start to sell themselves,” said Samuel Welch, president and founder of Welch Tuning Systems Inc. “We improve the sound of the drum with our system. We have 90% fewer holes and hardware on the shell. Also, you can change tunings instantly and effortlessly. Drums are a melodic instrument, but people don’t take advantage of that because they’re often stuck in one tuning.” MI